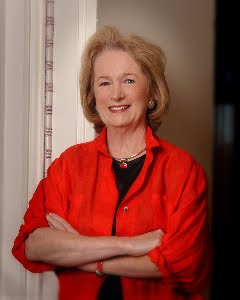 Winner of the Agatha, Anthony, Barry, Shamus, and Macavity awards, and 4-time Edgar finalist, Nancy Pickard's latest novel, Virgin of the Plains was the Kansas Reads selection for 2009.

Nancy, what happened to your first novel?

It was, thank the publishing gods, rejected by nine wise publishers. It got me an agent, though, so I love it anyway. It was my apprentice novel and no longer exists in any form. Heh.

What was the turning point in your career?

Funny, I've never thought about it like that in terms of my novels, only my short stories. I'm thinking of three turning points:
1. When I moved from original paperback at Avon to hardcover at Scribner, with the wonderful Susanne Kirk as my editor.
2. When Linda Marrow became my editor, first at Pocket and now at Ballantine. We're writing/editing soul mates. I'm very lucky.
3. And for short stories, when I heard a writer say that every short story needs an epiphany. Having not been classically trained as a fiction writer, I'd never heard that before. After that, my stories sold.

Sue Grafton said your nonfiction book, Seven Steps on the Writer’s Path, written with psychologist Lynn Lott, is “fresh, insightful, candid, funny, supportive, encouraging and wise." How did the book come about?

I had met many writers--especially new ones--who seemed lost and alone, sad and confused, bewildered and overwhelmed by the highs and lows of the writer's life. I felt for them, and I wanted to talk to them and let them know we all feel crazy sometimes, and then give them some ideas about how to cope with the emotional roller-coaster.

Why have you written such a variety of mystery subgenres, from cozies to private eye stories, humorous mysteries to psychological suspense?

Two reasons. One, I get bored if I do the same exact thing over and over. Two, in my life I have loved all kinds of books in the mystery world, so I am influenced by all of those kinds of novels and I like to play around with their tropes and charms and quirks.

Tell us about The Virgin of Small Plains, your multi-award winning novel. Why did you set it in Kansas?

I set it here because one day I was hit with the need to write about Kansas forever and always. It's as simple and was as career-altering, as that. I was born on the Missouri side of Kansas City, and moved to this side when I married a Kansas cattle rancher. (Hence, my two books set in the Flint Hills cattle country--Bum Steer and Virgin.) I'm still here and feel completely Kansan now. I love this state, political warts, and all.

Your work has won or been nominated for nearly every existing mystery award. Which means the most to you and have the awards translated into higher book sales?

The awards have helped a lot, I think. As for which awards mean the most, they're the ones that reinforce me after I've tried something new, as for The Whole Truth and for The Virgin of Small Plains. When you disappear for a while to take some chances with your writing, it's reassuring to come back and find that readers appreciate it. The same is true for awards for short stories. For instance, when the first and only fable I've ever written was picked for a Year's Best anthology of Fantasy and Horror stories I was thrilled by the confirmation--from people who really know the genres--that I'd done an okay job of it.

How important are organizations such as Sisters in Crime and Mystery Writers of America to a writer’s career?

I think they're wonderful and I encourage participation. They make you feel part of something larger. They let you give back to the genre that supports you. They're not for everybody, I suppose, but for writers who like to hang out with other writers, they're pretty great.

How did the Jenny Cain series come about?

One day I was in the Asian section of the Nelson-Atkins Museum of Art and I saw an antique Chinese bed with gauzy curtains and a little alcove with seats in it. I thought, "What a great place to find a dead body." Seriously. That's how it started. Not exactly profound, lol.
.
On a violently stormy night, in this land of dramatic contrasts, the favorite son of the county’s wealthiest landowners is shot and killed and his young wife disappears. They leave behind a 3-year-old daughter to be raised by her grandparents and uncles. The obvious suspect is quickly caught, convicted, and sent to prison, leaving behind a wife and 7-year-old son. Twenty-three years later, he is released pending a new trial, and returns to the scene of the crimes he may not have committed. The secrets about that night of dramatic change for a family, a town, and a county, are revealed both to his son and to the daughter of the victims, as these two children of tragedy struggle to uncover dangerous truths about their families.

I'm a binge writer. When I'm really going at it, it's all I do. I ignore everything else. At other times, I may do nothing writerly at all. Or I may catch up with all of the things I've neglected. Like interviews. :)

Yes. One, be patient with yourself and your writing. Doctors aren't built in a day, neither are lawyers, neither are plumbers, neither are teachers or truck drivers, and neither are writers. It takes a long time to get good enough to be published. Give yourself that time and try to enjoy it! Two, please please please give yourself time before you start worrying about getting an agent, etc. Write first. Write second. Write third. Finish the manuscript. Rewrite it. Rewrite it. Rewrite it. Maybe send it out, or maybe start the next one. Time. It takes time Give yourself that time and please don't be so hard on yourself if things don't happen fast for you. Third, care first and always about the writing. The writing. The writing. ::steps off soapbox:: Oh, and read Annie Lamott's fabulous book about writing, Bird By Bird.

Thank you, Nancy, for taking part in the series.

Nancy's blog site is now closed and her website is being redone in preparation for her next Kansas novel, The Scent of Rain and Lightning, which is slated to appear in April, 2010. But if you're curious, she says to visit: http://sweetmysteryoflife.blogspot.com/ and http://nancypickard.com
Posted by Jean Henry Mead at 9:07 AM

I found this site using [url=http://google.com]google.com[/url] And i want to thank you for your work. You have done really very good site. Great work, great site! Thank you!

I loved THE VIRGIN OF SMALL PLAINS and it was great to read your from-the-trenches observations, Nancy. Great questions, Jean!

(I just had a very near miss with Ballantine, where the editor wanted to make an offer on my currently-being-subbed novel, so I have to admit that reading about your editor/soulmate made the ole green come to my eyes. But I think your long view perspective on this business is probably spot on...)

Enjoyed Nancy's The Virgin of Small Plains so much, and I'm looking forward to The Scent of Rain and Lightning. Excellent interview, Jean.

What a wonderful interview...and I cannot think of another book I'm awaiting with such delight and anticipation as The Scent of Rain and Lightning.

The "origin of Bird by Bird story" you told at Bouchercon..I've thought about it so many times! So--reassuring. So quieting. Thank you. (And you, too, JHM! As always.)

Thanks, everyone, for your kind words. I'm pleased to have Nancy as a guest and glad that you all stopped by. :)

Fabulous! I loved this interview. I remember seeing you at the Florida Mystery Writers conference a number of years ago.

I admire authors who can write good mystery.

Thanks for your lovely comments about Virgin, etc. It's so nice to be in your company.

And thanks to you, Jean.

Enjoyed your conversation with Nancy Piccard. I, too, am a Kansan, transplanted from Montana/Idaho, and I also love Kansas. I also sense in Nancy one whose political leanings mirror mine. I loved The Virgin of Small Plains and was, in fact, on the committee that selected her book as a Kansas Notable Books in, I think, 'o5. My book club also read (and I reread) the book last year. I look forward to reading her new Kansas book. Eunice Boeve

I read the Jenny Cain series and count them amongst the mysteries that inspired me to write!

Jean, as always, another wonderful interview! I really enjoy the way you tailor the questions to each specific author.

Wonderful post. And I love the book cover. (I always look first at covers, for some reason.)

Who knows where to download XRumer 5.0 Palladium?
Help, please. All recommend this program to effectively advertise on the Internet, this is the best program!

how does clomid work to get pregnant | non prescription clomid - how to get clomid without a prescription, clomid and metformin success stories

chances of getting pregnant on clomid | buy clomid online without rx - order clomid no prescription, clomid success rates by age

I am regular reader, how are you everybody? This
post posted at this website is genuinely pleasant. 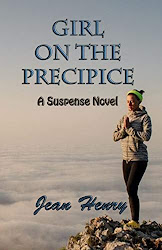 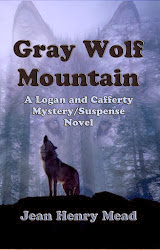 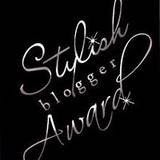 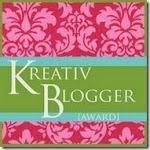